The performance Traces – Discours aux Nations Africaines (Traces – an Address to the African Nations) has been awarded the Von-Brochowski-South-North-Foundation prize for 2019. The prize money of €8,000 is to contribute towards guest performances in African countries.

In a blazing appeal, Felwine Sarr, one of Africa’s leading thinkers and the author of Traces, makes a plea to the world’s political and economic decision-makers: Africa’s future determines the future of our planet.

The first test performance of Traces took place in December 2018 for the opening of the Musée des Civilisations noires in Dakar, Senegal. The official world premiere will take place in the autumn of 2020 at Théâtre de Namur, Belgium.

With the support of European and African partners, the performance is to be shown in particular places in African countries.

A unanimous decision was made for Traces on 30th June 2019 in Cologne by the Von-Brochowski-South-North-Foundation jury upon the occasion of the first European presentation of Traces at the Africologne festival. 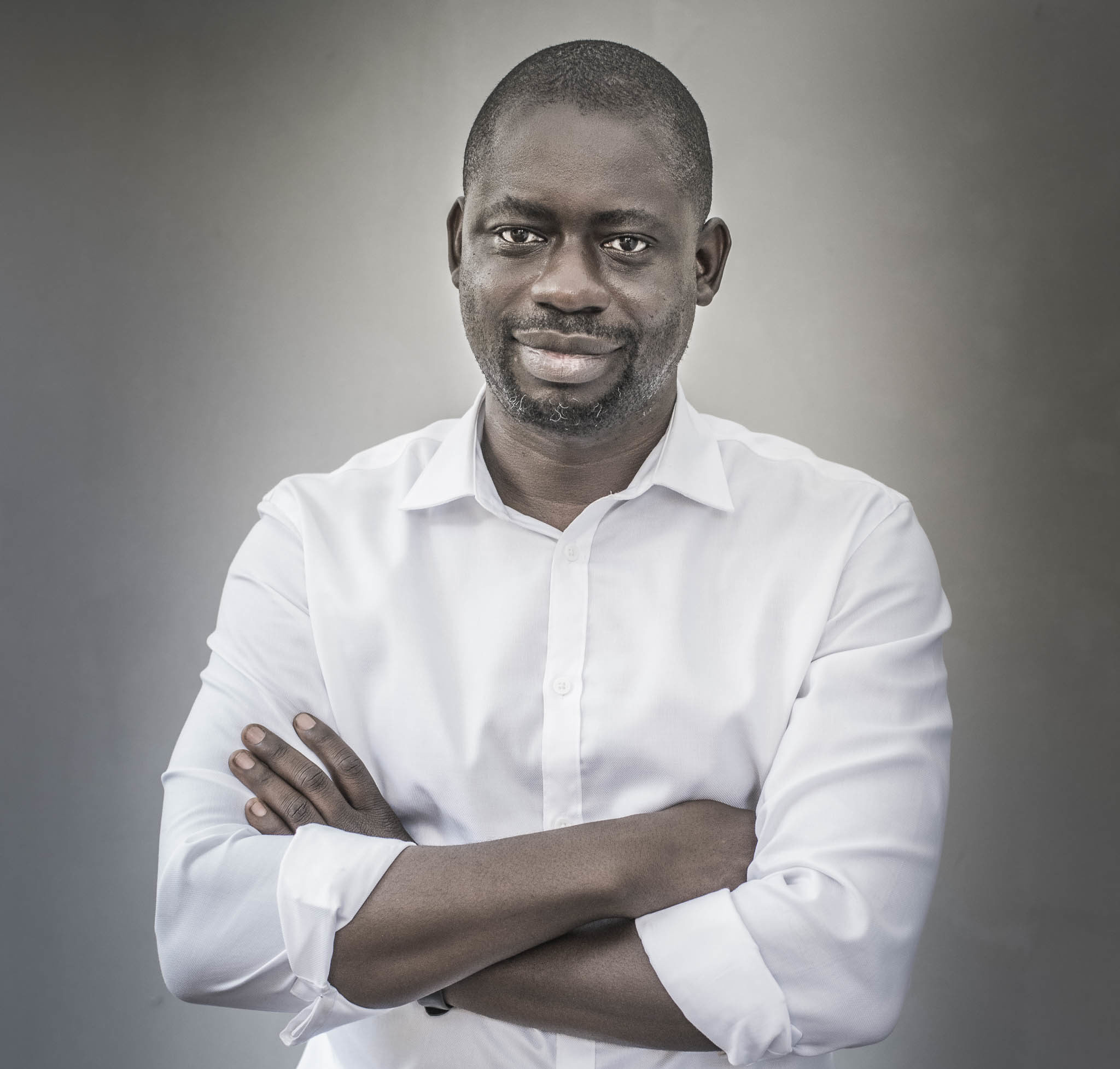 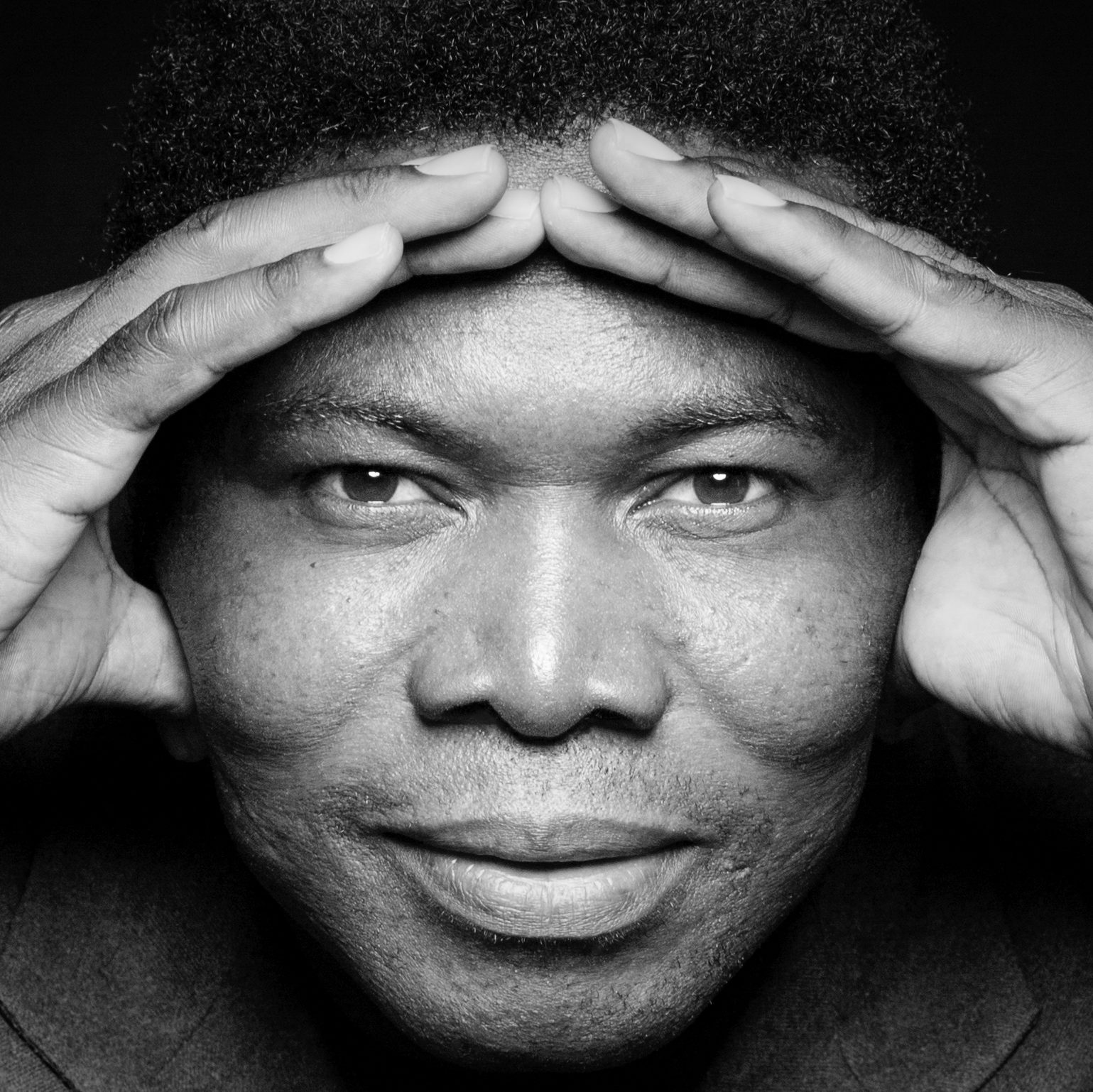 In autumn 2018, within the framework of the Récréâtrales Festival in Ouagadougou and on the occasion of the presantation of „May your will be Kinshasa”, a new prize for the next generation of artists was introduced: the „Von Brochowski South North Next Generation Prize“, for which the prizewinner is awarded € 3,000.

The prize was awarded to Sinzo Aanza, born in 1990 in Goma, Democratic Republic of Congo.

The prize enabled the completion of the young writer’s play, „A Plea for the Sale of the Country“. The piece questions the value of the dead; it negotiates and theatrically exaggerates the question: how much are people of different origins’ lives worth – in Euros?

“A plea to sell the Congo” by Sinzo Aanza

The council of elders of the number 2 district has gathered to discuss the government’s offer of paying families compensation who have lost relatives who were shot by the army. The government and military believed they were dealing with a protest march against the increasing poverty in the suburban neighbourhood – yet young people just wanted to celebrate a football victory.

The council is to determine the value of each of the deceased and to identify a sum that, on the one hand, is just, honourable and helpful to the families and that, on the other hand, does not overwhelm the state which lacks funds thanks to an absent economy, diminishing sales markets and the declining price for exporting raw materials.

Info to „May your will be Kinshasa” (photo)

Unexpected encounters on a large street in Kinshasa, about which, Lili, who libes there, says: „We decide to write history and to discuss it. The official history doesn’t resonate. I don’t have the right to say, in a loud voice, it’s pitiful, no one has the right to. I’m talking about the history of this street.” 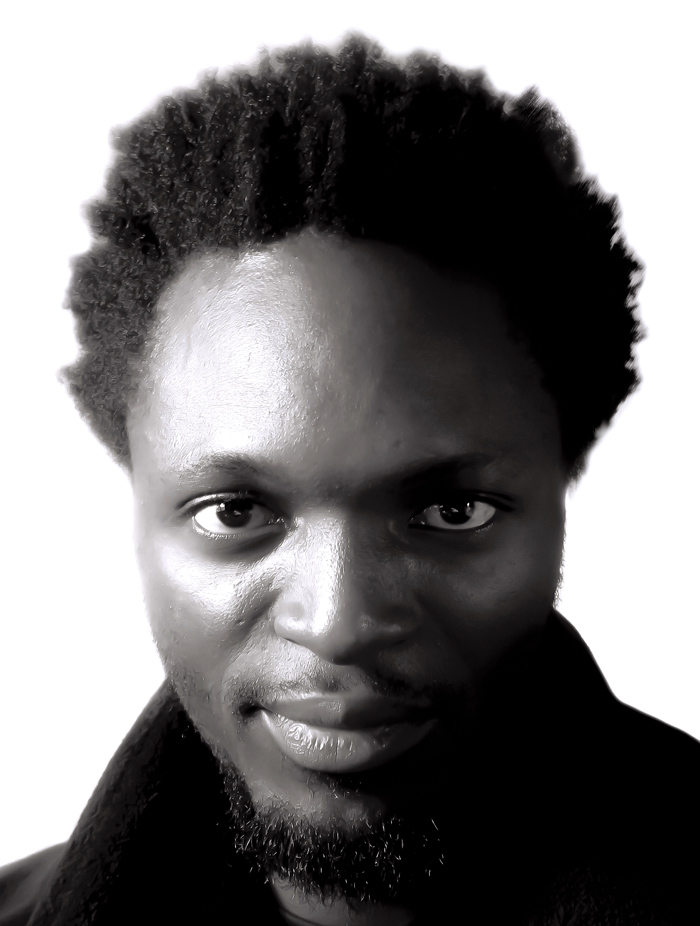 In awarding the prize, the foundation hopes to support this 25-year-old director and producer from Cairo, whose films take a committed and artistically remarkable approach to dealing with the socio-political reality of present-day Egypt.
In her two films How to “Kill a Cactus” / “The Next Few Hours” and “A Present from the Past” she skillfully combines the private and the public. This can also be said of the film project “Off Air”, which is currently in development.
This award from the foundation is intended to serve as encouragement to the young artist to continue on the difficult path she has set out on.

The winner of the first Von Brochowski-Süd-Nord-Prize is the African artist group Invisible Borders with its “Trans-African Project”.

The group of artists consists of photographers, authors, writers, filmmakers, visual artists and performers from various African countries and the diaspora. The Nigerian core of the group was formed in 2009 around Emeka Okereke in Lagos, Nigeria. Since then, every two years Invisible Borders undertakes a journey through various African cities and countries, crossing linguistic, cultural, economic and political boundaries.

On their travels, they document and comment on the public space and places of life in their (im)perfection, their contradictions and their beauty.

Local artists and specialists in local life are involved in the respective trips in each location. The young artists’ view of the existing boundaries and their spontaneous artistic intervention with them temporarily blurs the boundaries making them partially permeable.

Invisible Borders have participated in, amongst others, exhibitions, interventions, conferences, lectures and performances in New York, Amsterdam and Venice. They most recently participated in the exhibition Cosmopolis at the Centre Pompidou in Paris, curated by Catherine David, the curator of documenta X. 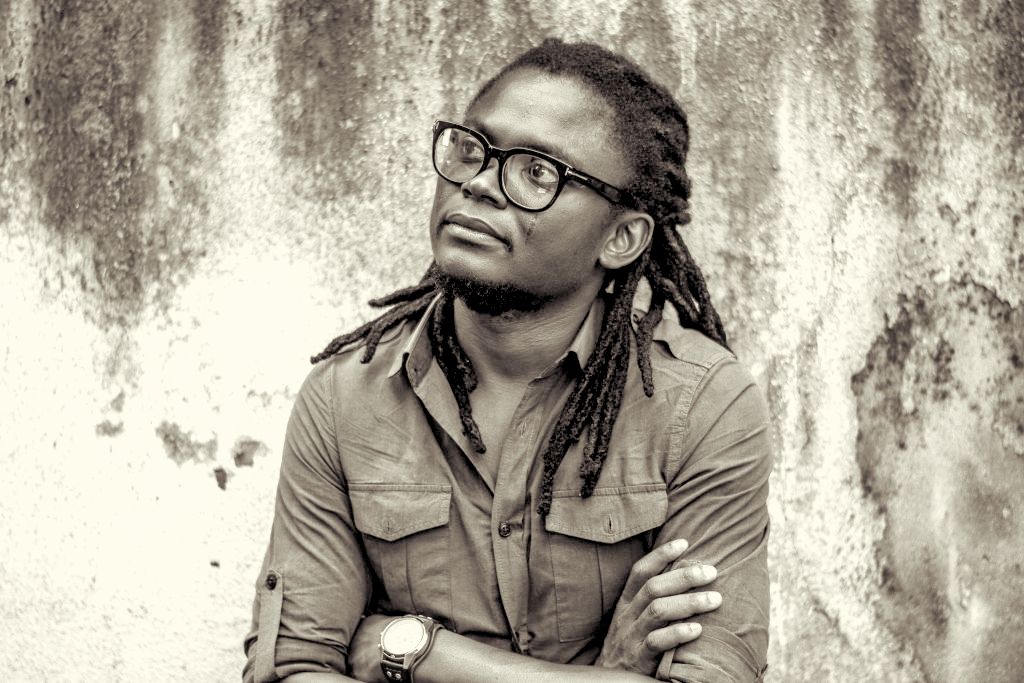 Emeka Okereke, born in 1980, is a Nigerian photographer who lives and works in Africa and Europe.

In 2001 he came into contact with photography. He was a member of the renowned Nigerian photography collective Depth of Field (DOF).

He is the founder and artistic director of Invisible Borders‘ Transvisible Photography project, an annual photographic project that brings together up to ten African artists to promote a creative journey on the street, across national borders in Africa and above all to Europe.

In 2003, he won the award for the best young photographer of the AFAA Afrique en Création at the 5th Bamako Photo Festival of Photography. He has a Bachelor's/Master's degree from the National Art School of Paris and has exhibited at biennials and art festivals in various cities around the world.

His works will be shown at the 56th Venice Biennial of the Arts in the Invisible Borders presentation A Trans-African Worldspace. 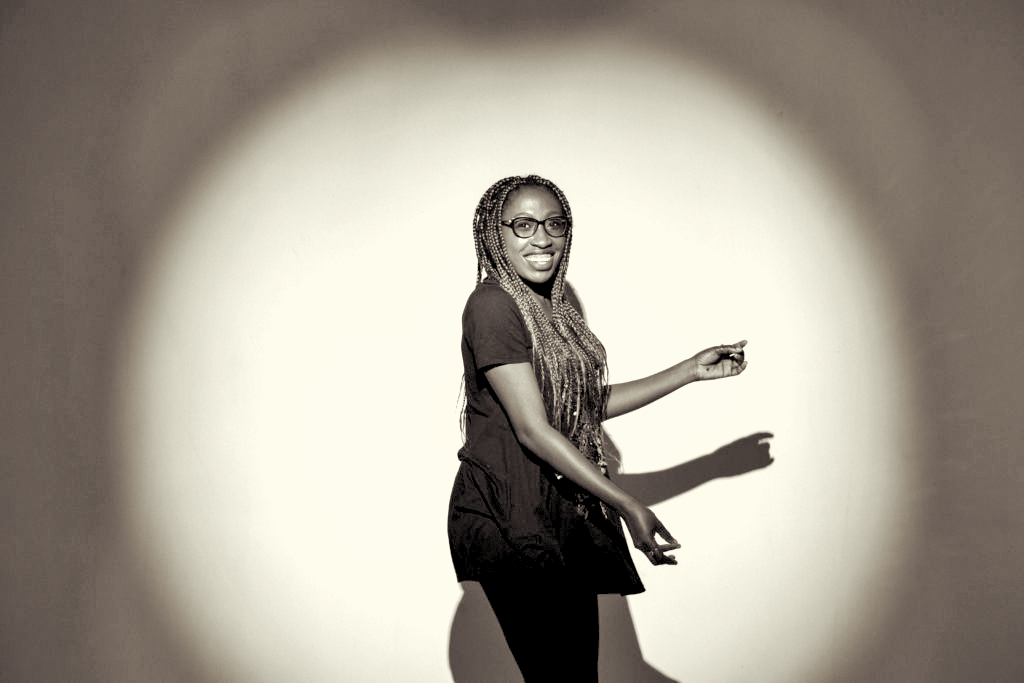 Amara Nicole Okolo is a lawyer and writer based in Abuja.

Her novel, Black Sparkle Romance, was published by Ankara Press, an imprint of Cassava Republic (2014, Nigeria, Africa; 2016, UK / Europe). Her second book, a collection of short stories, Son of Man, was published by Parresia Publishers (2016). References to her work have appeared on Africa in Words, Okay Africa, Chimurenga the Chronic, Reuters (Africa), Brittle Paper, CNN, Aljazeera, Radio France International and The Guardian UK.

She was among the participants of Chimamanda Adichie’s Farafina Workshop 2015. In April 2016, an excerpt from one of her works was read at the University of London.

In 2017 her essay, The Things We Never Say, was published by Catapult. 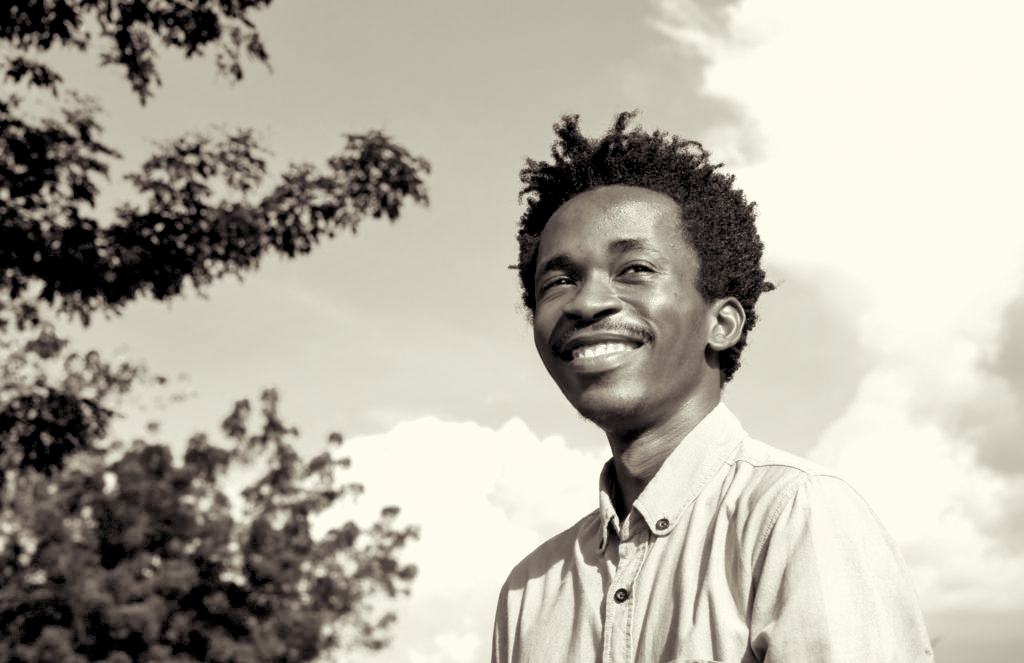 Kenechukwu Nwatu is a second generation photographer and filmmaker, born and raised in Nigeria.

Through his father, he was confronted with media and technology at an early age and was thus able to navigate his creativity digitally.

In recent years he has received professional film and photography certifications, most recently from Montana State University. The university focuses on social justice issues, in particular mental health. 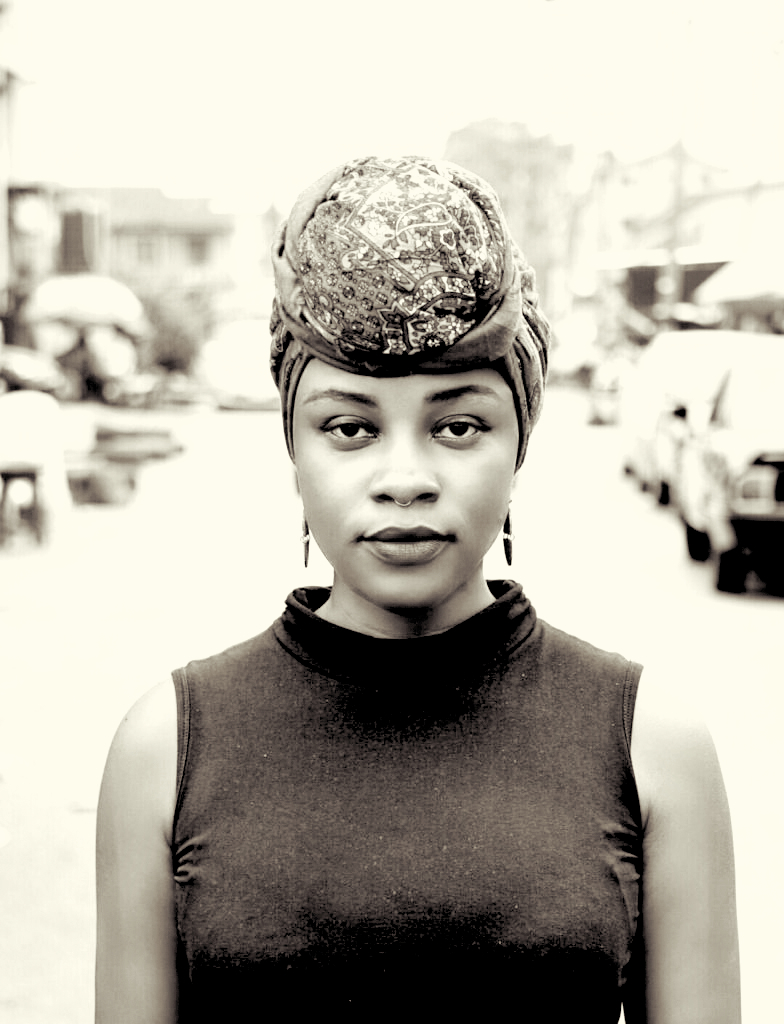 Kechi Nomu is a poet and cultural writer. In 2017, she was a finalist of the Brunel International African Poetry Prize.

Her Chapbook Acts of Crucifixion (Akasha Books, 2018) will be released as part of the New-Generation African Poets box set. Her publications in the realm of culture have appeared in Voices of Africa, The Theatre Times, Olisa Blogazine and openDemocracy.

She is editor-in-chief of the African poetry press Konya Shamsrumi. 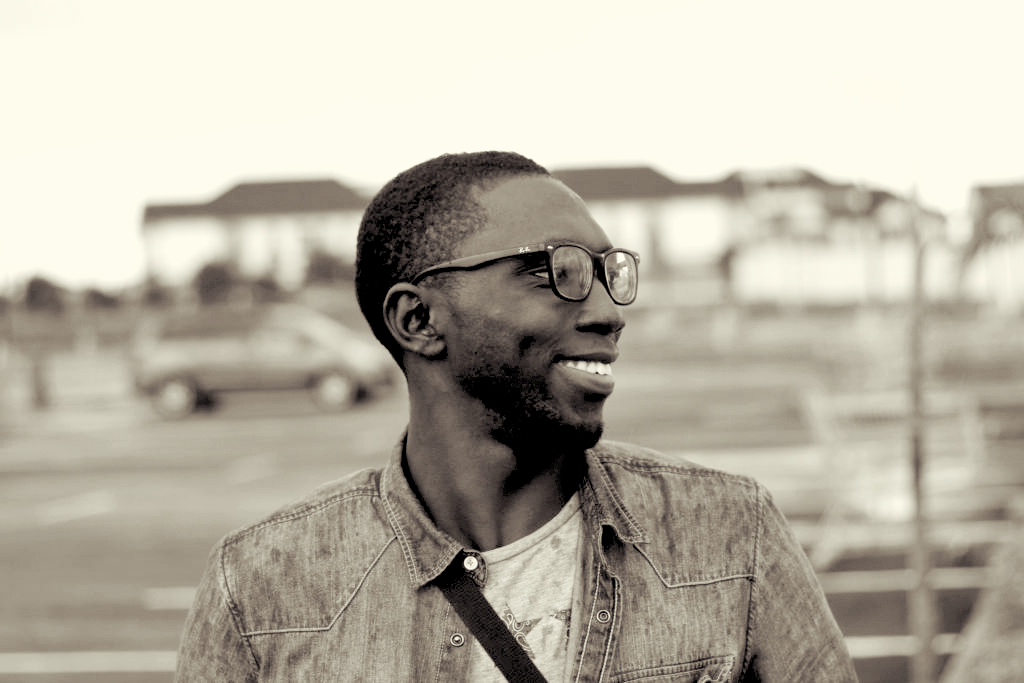 James Robert Bekenawei is a Nigerian writer, who accidentally found photography during his studies in the Philippines.

He tells pictures, snaps stories, questions answers, is addicted to black and white and has always been fascinated by humanity. James began with writing and found photography in the Philippines during his studies where he also flirted with cinematography; he’s a good mix of all three. He sees himself as a documentary photographer because he is fascinated by society. One of his life goals is to travel the Niger Delta and make short films and documentaries.

James sees Invisible Borders as a step in the right direction for him. He is currently also co-admin of IgersNigeria; the official Nigeria instagram community, which has been sharing visual stories from Nigeria since 2016. 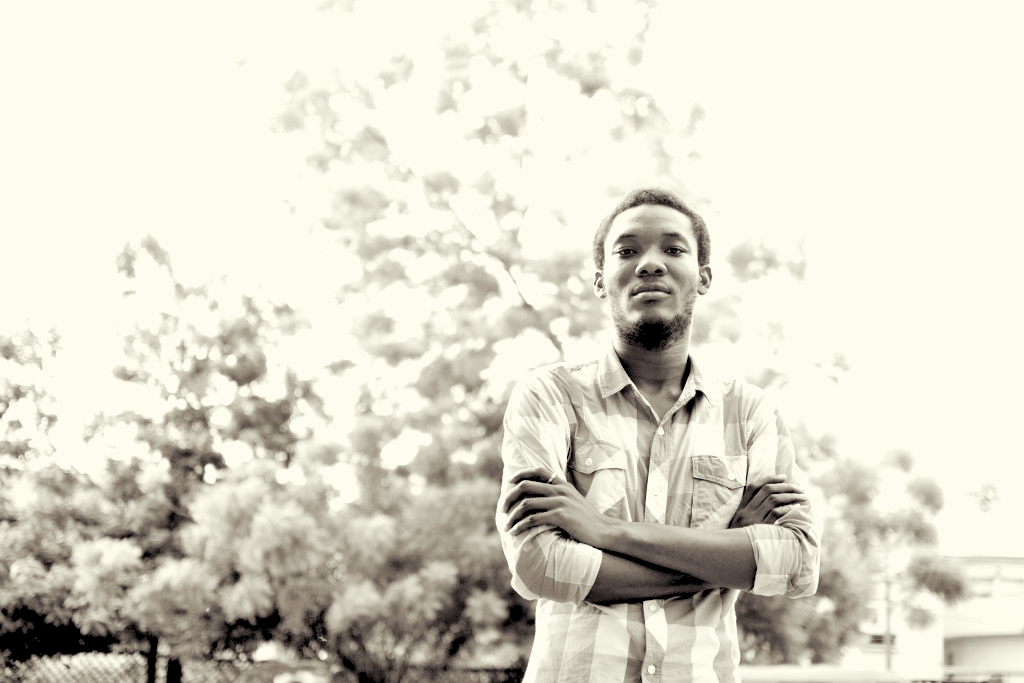 Yinka Elujoba was born on March 11,1991. He studied engineering at Obafemi Awolowo University and graduated in 2014. In 2010, he won the EditRed Poetry Challenge.

Yinka is a Nigerian writer. His essays are meditative with a focus on literary and art criticism, on how shifts in space affect the human condition.

He regularly contributes to Saraba Weekly. His works have been published on Saraba, Klorofyl, Aerodrome and elsewhere. He's blogs on elujoba.com. In 2016, he was selected to participate in Invisible Borders‘ Borders Within project. 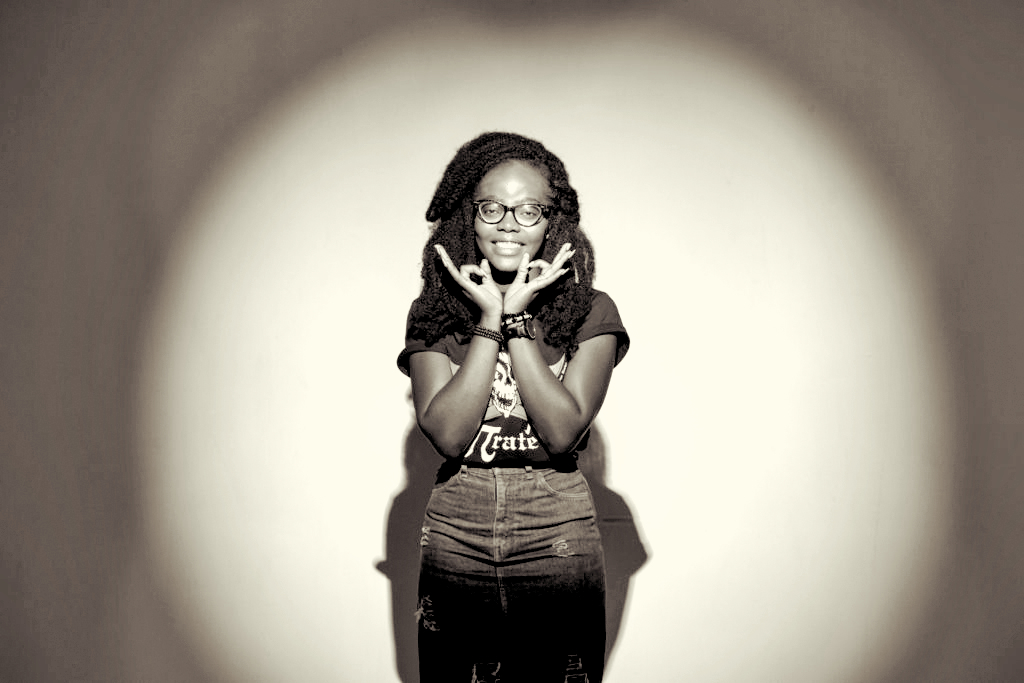 Nengi Nelson is a photographer and emerging filmmaker, born and raised in Port Harcourt, Nigeria.

She is a Lagos-based documentary and portrait photographer, who uses her images to explore human body shapes, emotions and forms of expression in communication.

Her passion for photography has driven some collaborations with other creative minds in curating visual content across multiple platforms. 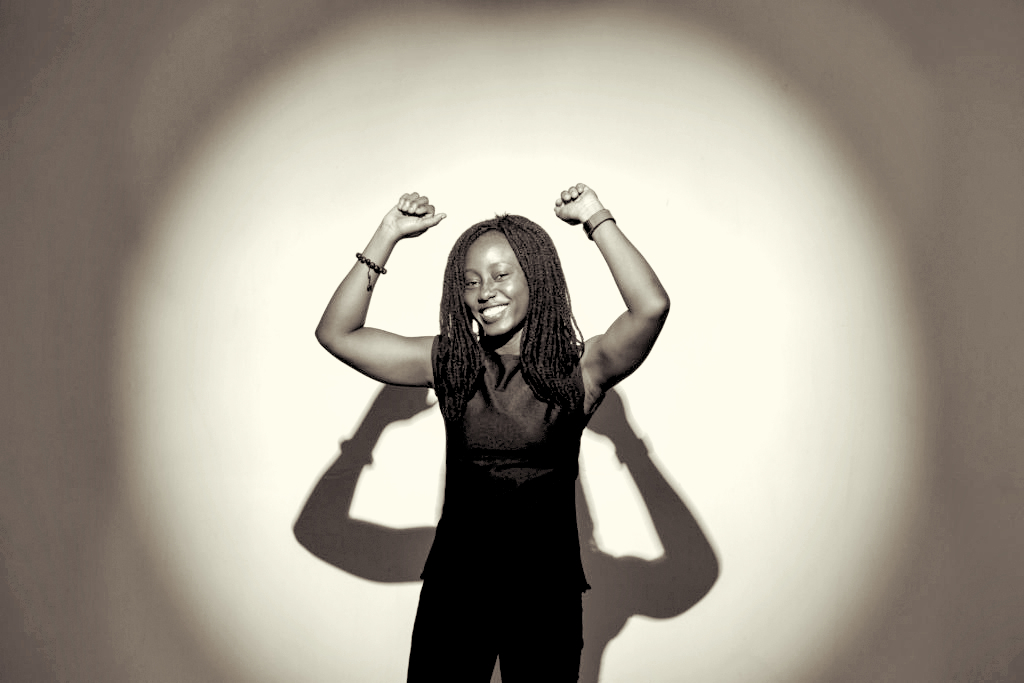 Kemi Falodun is a Nigerian writer who lives in Lagos. She studied microbiology at Obafemi Awolowo University, Ile-Ife.

In her short stories and essays, she deals with issues of loss, memory and the complexity of human relationships. As editorial assistant for Saraba Magazine, her short story Waiting was nominated for the Awele Creative Trust Award 2016. 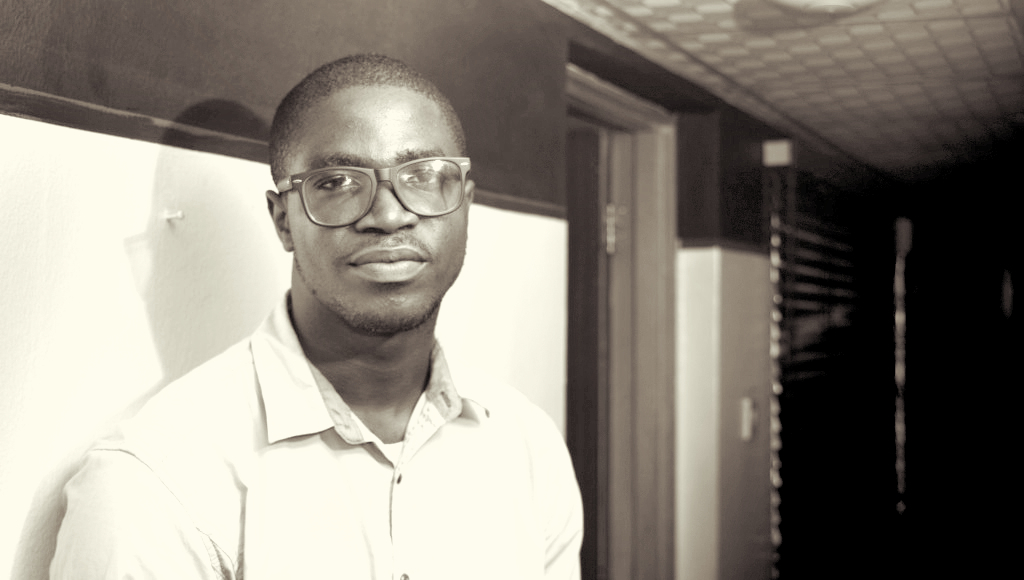 Innocent is an amateur photographer, content developer and project manager with a bachelor's degree in English from Obafemi Awolowo University in Nigeria.

His interests are diverse - from art to technology, social media, traditional journalism, educational reforms and film criticism, to name but a few. He is an IT enthusiast, a media analyst and a literary critic.

In 2015, he teamed up with a few friends to launch the film criticism website FilmsandCinemas. He also provides social media consulting services for Barnhouse Publishing, Roving Heights Book Distribution, Sankofa Initiative for Culture and Development and Fourth Canvas Design Agency. Innocent is the project manager for Borders Within: The Transnigerian Road Trip Project 2016.

The Centre Pompidou presents the first edition of Cosmopolis: a new kind of event dedicated to artistic practice, combining research and exchanging experiences. This platform, which consists of exhibitions, lectures, performances and discussions, focuses on these new practices and creates the conditions for exploring the social, urban and political issues they raise. Cosmopolis provides an insight into the various places where contemporary art flourishes, as well as approaches and experiments on cultural translation, which are rooted in a local context but are also part of an international network.

As part of our goal to redefine the place of contemporary Africans in the world and to promote understanding of African experiences and identities, Invisible Borders will launch a project to publish a series of books for children aged 7-12 years. The books will focus on the history and culture of Africans and will highlight some of the continent’s most important, yet relatively unknown, characters and stories.
We are looking for African writers and illustrators to work with us on the prject’s first book. The selected author and illustrator will be paid for their work.